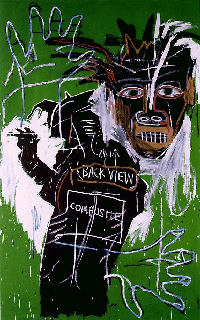 Amid the soothing sound of water, the gentle reverberations, the back and forth swaying, cradled by the lulling reassurance of moist arms formed out of the tears of all creation. In unison, the cavity of my chest rises and falls, with the precise pace of her ubiquitous thumping surface, as the incalculable drops, each its own atom, its own resolve, are bound together by an immense force.
During the hours of darkness, when the sun has fallen from the sky, when lunar radiance wheels its way into the night, the sea reveals her true majesty. She shines flecked, pregnant with the endless sparkles of golden embers thrown from the fire of passionate dreams.

“Are you so resolute to let her cradle you to death? You coward!”

The surface swells, it contracts and dilates, it enlarges only to shrink back again. The depths stay calm, vast and dark, it is there, in the undisturbed, where I wish to swim. She reaches out her spongy fingers, opens wide her amorous arms to welcome me. She caresses my cheek, bathes my body with her tears, and beckons me to the depths of the sea.

“I cannot stand by another minute and watch you offer yourself to oblivion. Stand up and quit dangling your feet into the ocean.”

A quasi-familiar voice jars me from my musing, and I am suddenly aware that I am still on the poker table and still adrift at sea. Just how long my respite lasted I do not know. For the moment the desire to fall into the sea is suspended, and I am perplexed by this person who is tugging upon my feet and dragging me towards the middle of the table. “Do you want to fall over the side and drown? Is that it? Have you lost the will to stave off death and now wish to take the easy way out?” Although the voice resembles someone I know, there is a glibness affixed to it that also makes it sound foreign. I strain through crystallized eyes to glimpse this person who by some miracle made it onto my table, but I only see an outline.
“Who are you and how did you get on my poker table?” I ask him.
“That is not important,” says the voice. “For the past three days I have cared for you during your delirium and made sure you did not fall into the ocean while you were in the throes of your violent nightmares. You should be more careful with what you dream. The most important thing is that you quit wandering toward the edges of the table when I am incapable of watching you. I cannot keep a constant eye on you.”
The voice was full of edgy irritation, yet placed so much importance on my well-being that I suspended suspicion and overlooked imperatives such as whom this person was and how it was he made it to my life raft. Could I have collapsed that first day upon the table and the subsequent three days been nothing more than the delusions of an impoverished mind running amok? Had the stress and strain of losing loved ones and then the ensuing struggle to remain afloat when life and limb both sought to relinquish the battle, had such a toll on the mind, which is the hub of all the nervous tension and energy, had this stress overworked the reasoning capabilities of the brain? I knew by my incoherent ramblings and by the incapability to rationalize my way to the end of a thought, that I had lost the ability to utilize a vital part of my mind. It was this final conclusion that alleviated all suspicions of who this person was and for the time being I was exultant just to have someone to speak with.
The next hour or so glided by as my mind began its convalescence to its former self by the simple occupation of speaking and being spoken to. Like a groggy patient slowly shaking off the effects of ether, coherency came back to me in degrees. I relished in the ability to comprehend what this fellow survivor said to me. I relished in the ability to respond with halfway identifiable thoughts of my own. After an hour or so of such inconsequential talk, I began to feel like myself once more and a dab of energy returned to my body. My eyes, however, were not restored to full vision and only by squinting could I make out the vague appearance of my fellow survivor.
I could make out that he was shoeless, like me. Waterlogged shoes, and socks for that matter, don’t stand a chance of staying clad to a foot that is in a constant thrashing motion. He had on what appeared to be a pair of khaki jeans and a shirt that was unbuttoned, perhaps the buttons had been torn off during his escape, and revealed the upper half of his bare torso. His hair was dark and full, and swept down to a point in the middle of his forehead. I could not make out the color of his eyes. They were too deep set and masked by the aquiline nose jutting out in prominence.
It was not anything the eye could discern, I am certain, that would have disconcerted me in the first place. It was the familiarity of the tone in his voice, which, even masked by his foreign and acute glib manner of speech, could not conceal a vulpine constitution. I had heard his voice before, but it wasn’t on this voyage nor did it belong to anyone who had been on the vessel. His voice evoked more poignant and distant memories, and it stirred within me the same sentiments of wanderlust that pierce the body when late at night through an open window the sound of a distant whistle on a traveling train enters the room and rests upon the half-slumbering ear. Where or when had I heard it? It spoke like the language of the moon: distant and yearning. While such thoughts coursed through my mind, a mind now able to somewhat reason, I fell asleep on the middle of the table with the sun blaring down upon me.
Posted by boo2d2 at 2:16 PM

Email ThisBlogThis!Share to TwitterShare to FacebookShare to Pinterest
Labels: excerpt from novel "The Earth Died Screaming