Waiting for Wisdom--or It never came 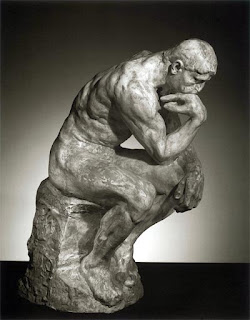 When people say they gave one hundred and ten percent, they really mean they gave one-hundred percent of their ten percent, which, of itself is a feat.  Most drift by on nine percent and do fine, even excel. The sign of real genius is not what we have termed it or thought it. For instance, wit comes from only using seven of the ten percent. Why? To negate three percent is to shut off all higher thinking. Wit is a defense mechanism. It derives from fast thinking of the lower realms of intelligence; it is the ability to turn the mundane questions into amusing responses; it is a way to avoid having to answer. Eleven percent is not genius either. The eleventh percentile is associated with all things dark. A melancholy person is melancholic because they see the world with the darkness and the light. They are good at making comparisons. This type of demeanor is prone to dwell on death more than life.
Twelve percent is not genius either, unless we consider theologists geniuses. A twelve percenter is prone to see the light out of the darkness, melancholy as a means to bring hope into hopelessness. They are given over to faith and have an uncanny ability to see God in all things. The happiest of all people is a five percenter. They are not persuaded by morals nor do they think outside of terms of biology. They can rationalize any given circumstance under a set of pleasure versus pain principles. The unlucky thirteen percenter is where we find true genius. They, too, are dissuaded by morals, but it is under a higher functioning set of laws. For the artist, the law is aesthetics and creativity; the scientist it is finding the governing universal law—amoral. This small section of society forgets about civilization’s lower or ten-percent laws, and we find it easiest to term them as mad. I am mad, but not a genius, and this is a painful pill to swallow, but that is how I get by: medication, which can boost an eight percenter to thirteen if he or she finds the right combination of hallucinogenic. The check is in the mail.
Posted by boo2d2 at 11:40 PM