Apes Aping Man
They shuttled in the apes from Africa to have a look at it. The dying tree dropped its leaves during the middle of summer. One of the apes grabbed an axe and swung at the trunk. The scientists dared not stop the ape for fear of hypothesis untested. The theologians opened their Bibles to different passages to find comfort. The other apes began to scream as the axe chipped the bark away and exposed the bare flesh of wood.
And I wanted black clouds to cover the sky. It had to be the religion in me.
The apes sawed at the fallen tree. The middle had been hollowed out by Chinese beetles. The theologians conversed about Noah. The scientists discussed the possibility of a new lightweight raft. The apes planed the wood and soon two long rounded pieces and other smaller pieces lay on the ground
And I wanted some new mathematical contraption to appear. It had to be the scientist in me.
The apes bored out holes in the large round planks of wood. They rasped small holes on the edges of the small round boards. They placed the small boards in the holes of the large planks and it became obvious they were building a ladder. When they finished the ladder, they moved it to an empty plot of ground and dug a small hole, put the ladder in it and refilled the hole with the dirt. The ladder led to nowhere. The apes left the area single file and boarded the plane that would take them back to the forests of Africa.
And I wanted the ladder to extend to the bottom of a large hole. It had to be the human in me.
The scientist and theologians agreed to place a fence around the ladder that led to nowhere. They studied it together, but never reached a solid conclusion. One day a cardinal alighted on the top of the ladder and pooped then flew away. The scientist and theologians couldn’t agree on what the cardinal and the poop meant. The scientist wanted to examine the poop with a microscope. The theologians wanted to see what would sprout from the spot.
And I wanted to tell them it meant nothing. It had to be the joker in me.
Posted by boo2d2 at 7:15 PM No comments:

Nothing says "You did it" like a picture in a frame 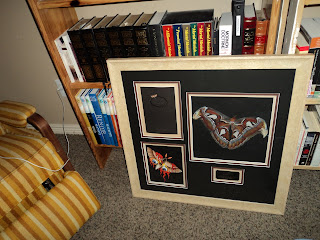 I had it planned to defend the short story and illustrate what can be done with it, but I never had time to write a defense, so follow the link and read another defense and the story.
Rats 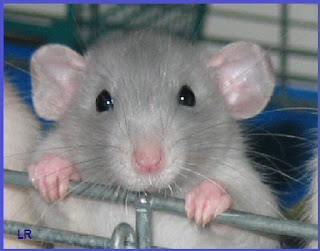 Email ThisBlogThis!Share to TwitterShare to FacebookShare to Pinterest
Labels: Image from www.metrolic.com

Two Wrongs don’t Make a Right
Mr. Wright had been wrong, but the young man didn’t know how to tell him. He needed to take a right not a left on Main Street. He asked the young man, “I take a left, right?”
“Right the boy said, and the man took that as meaning “turn right.” The young man thought it right to let Mr. Wright figure he had guess right when he turned left and thus led him in a roundabout way to his tenement house. Mr. Wright put the car in park outside of the young man’s place and asked if it wouldn’t have been easier to take a left on Main Street. I believe you are right, Mr. Wright. It would have been easier. “Then why didn’t you say something, young man?”
“I didn’t want to seem wrong in front of you, Mr. Wright, so I took you the long way to my home.”
“That was the wrong way to behave,” responded Mr. Wright.
“You’re right,” said the boy.
“I know who I am,” said Mr. Wright.
“You better learn your place and tell me when I’m wrong. You’ll go further in life.” The young man walked into his tenement and said hello to his landlord, Mr. Goode. “How was your first day at work?” asked Mr. Goode.
“Not bad” replied the young man, a fast learner.
Posted by boo2d2 at 6:13 AM No comments:

Superior Lauren
Posted by boo2d2 at 11:04 AM No comments: