She started as floaties, small things wrapped around my arms to keep me from drowning. How she grew into a large island I do not know. I remember she changed from floaties to a full-on raft shortly after I called her and told her I was out of food, a fridge-empty-piss-poor-college-student. 500 dollars appeared in my account the next morning. Months later I was more observant than Neil Armstrong ever had been and explored those new regions of the universe where the belly button shaped a hole deeper and larger than asteroids ever made on this little planet.


Mother is bigger than the moon. 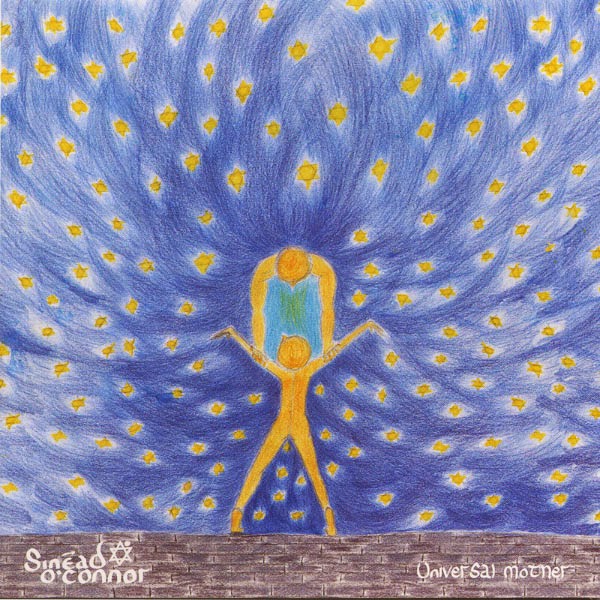 I stayed a while on her ribcage. I could feel her breathe in and out, and the motion felt soothing, but soon thereafter, she grew so large she was like the world. Sure we spin and move, but the orb is so large you don’t really know you move, just let scientist and sixth grade teachers explain it. They do it best, besides mom. Mom describes everything the best, whether it be a dead bird or how to tie a shoelace, no one can teach it better than mother. She taught me most of life is found in nature the other half through nurture. Mother is a nature-nurturer.


Once, movement of her body ceased, I felt like she might be dead, so I took out a telescope and surveyed the flesh-covered oceans for as far as the eye sponsored by technology could see. I was certain she no longer existed even though I walked upon her. That’s what happens when something grows so big and you are so small. Mother exists, but she doesn’t. She has grown beyond existence.


I breathe in mother when I breathe. Mother is salty air. Mother is thought. Mother is everything I see and don’t see. Mother is big enough to fill infinity, and mother is as small as my big toe.

The telescope hit on something one day. Three brothers, though one reluctantly, had joined me on universe Mother. The youngest kept his eye glued to my telescope, never believing mother really existed. Leave it to the doubter to find the greatest discovery of our time. It looked like one billion universes of color symmetrically diverging from a black center.


Mother has a multi-colored eye, mostly blue, mostly green, splash in a few hundred daubs of lesser colors. We’ve yet to find her second eye, but the youngest is steady as he goes, glued to the telescope.


My oldest brother said he would get to the eye. He began his journey with sandwiches made from mother and a backpack made from mother and water created by mother. He left us with our telescope and sought out across the barren middle we described as stomach. We never saw him again. Mother can be cruel.


I am mother’s favorite.


We found bones shortly after we started our own journey to mother’s eye. Depraved of mother’s sustenance, the oldest had died of starvation. All he had to do to survive would have been to make another sandwich out of mother or drink from the pools that covered the swampy area. He must have grown tired of the same food and water. The water tasted like two-percent milk. The second oldest told us he could no longer live off of mother and so he left us, never to be seen again.


There are many places to get away from your brothers on mother.


Just the two of us, my youngest brother and I, had the nerve to continue towards the eye, hoping mother would see us and take mercy on us, most of all, we hoped she would recognize her offspring. My younger brother grew tired of mother. He constantly said such reliance on mother made him weary. He didn’t quit the journey to her eye, he just changed his view of mother as the universe, described all the ways she mistreated him between bites from the sandwich made of mother. His hatred turned into his life philosophy, a disdain for all things that he had to rely on and couldn’t do for himself.


I liked mother more than my brothers.


I told my poor, picked on younger brother to remain on mother’s throat. I said I would come back to him after I looked into mother’s eye. I ditched him, really. You get tired of groveling after a while. Mother’s nose had no comparison, no Himalaya that would even do it justice for how large it was. I followed it for three weeks straight.


I made it to her eye and nearly blinded myself by looking into such radiance. “Mother,” I said. “It’s me, your favorite son.” The thing is eyes can see but they can’t talk. I shielded my eyes and stared into her eye. I think she comprehended me, but I can’t be certain. How could I be certain; it was an eye, and it was way too large to know if she looked at me or saw me.


I live in the comfort of mother’s hair now. I don’t want to seek her lips. If she spoke, I don’t think I would be able to hear her. I’m comfortable spending my days in mother’s hair.


I know I am her favorite.
Dan, Levi and others, this is what I came up with from free writing sessions. Down below is the first paragraph or paragraphs that I cut because they felt too much like some sort of essay or introduction into the story, whereas I felt the new first line is a much more abrupt into right into the thing
Cut Portion of Story:
It wasn’t the enormity of her flesh at first that appealed to or scared me, maybe both. I had read a book about distant worlds and new futures, and the ideas and suppositions scared me, uncharted territory, like the ominous darkness separating the numerous campfires of opposing enemy battalions preparing for morning battle when the black space could be more readily defined. The unidentifiable struck a fear in me greater still than not knowing myself. As such, the indefinite future is a ruthless, unsympathetic bitch. You can’t predict it. You can say what you think will happen, but you don’t really know outcomes or destinies. YOU don’t grasp the universe, but YOURS TRULY does. Yes, I even know what my future holds, and I don’t need tarot cards to predict it. Mother is only an island now, but soon she will cover the immensity of the Milky Way—the milky way—the life-sustaining breast. I won’t tell you about a savior, men are dead, don’t you get it, men have been dead since world war 1. Women and milk rule the world, and they will rule infinity, it’s in the very title.  If God isn’t a woman soon then God isn’t.
Posted by boo2d2 at 11:46 AM